The IRS and New York State have been progressively expanding their arsenal of tools to collect back taxes from delinquent taxpayers. 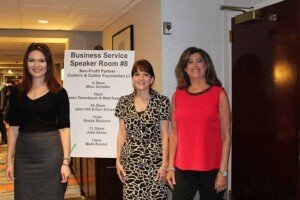 At the recent BOOM B2B Expo and Executive Speaker Conference, we spoke to business owners about some of the most powerful enforcement techniques used by the federal and state government.

Anyone who has a tax problem should act quickly. Voluntary Disclosure Programs may be an option for those who have not paid taxes or filed their return but have not yet been contacted by the government. For those who have received a notice about their delinquency, an Installment Agreement or Offer in Compromise may help in resolving the tax matter. Both the IRS and New York State have their own requirements and procedures.

Thanks to the organizers of the BOOM conference and co-speaker, Matt Rappaport, Esq., LLM.