It is not unusual for high-wealth clients to have more than one home.

It could be a vacation house, an apartment in the city used for convenience, or dual residences in the Northern and Southern U.S. for snowbirds. Individuals with multiple homes often will select their state of residency to take advantage of the place with the lowest tax rate. 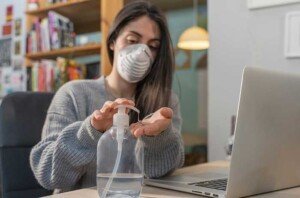 If you’ve got clients in this situation, consulting a tax professional regarding how to properly establish and maintain residency can be essential to those clients avoiding a large tax bill. This is even more important since COVID-19, as travel restrictions and telecommuting may have affected whether clients have met state residency tests, which may leave them with an unexpected tax liability come 2021 and beyond.

Tax Residency Rules
The majority of states in the U.S. have a state income tax. Generally, a state resident must pay state income tax on all income regardless of where it is earned. Nonresidents pay tax only on income earned in the state, such as wages or rental income earned in the state. Typically, taxpayers may be considered a resident for tax purposes under one of two tests. Either they are determined to be domiciled in the state or they are a statutory resident. Note that some cities (for example, New York City) have their own income tax, which applies to city residents. The same analysis discussed in this article may apply to those who have a residence in the city and another one outside of it. A domicile is the place the taxpayer considers to be his or her permanent home. Auditors will look at various factors including comparing the use, maintenance, value, and size of each home and how much time is spent in each state. In addition, auditors may review where business activities are conducted, family members reside, and special items (photos, jewelry, pets, etc.) are kept as well as other indicators. Under this test, a state can claim your client is domiciled in the state, even if the client spends more time in other homes outside that state.

A taxpayer who is not deemed a domicile of a state can nevertheless still be a resident of the state for tax purposes under the statutory residency test.  The rules vary by state, but generally, the taxpayer has to have a “permanent abode” (or residence) in the state and spend a certain number of days in that state. Many snowbirds fall into this category. They successfully change their domicile to a state like Florida but keep a place in a Northern state such as New York for the summer and also visit other times of the year for holidays and other events. This may give them too many days in the Northern state, and they end up being treated as a statutory resident and taxed accordingly.

It should be noted that statutory residency is only important for income tax purposes, while domicile is relevant to both income and estate taxes.

COVID-19 Problems
The COVID-19 crisis may have led some taxpayers to change their activities in such a way as to affect their residency for tax purposes. Starting in 2021, state auditors are likely to examine issues such as:

How much time was spent in the state?
Many of those with multiple homes made decisions about where to shelter based on the severity of COVID-19 Sheltering in respective areas, which could cause problems under both the domicile and statutory residency tests.

Did the taxpayer become more involved in out-of-state business interests?
As businesses struggled, a part-owner may have taken a more active role in a business located outside the state in which he or she resides, which could jeopardize their residency.

Was a move out of state subsequently negated?
As certain areas have taken the brunt of COVID-19 cases (such as particular cities or more populated states), people are moving elsewhere. However, auditors will examine the taxpayer’s move months or years later. They will be on the lookout for taxpayers claiming a move was a permanent change in domicile, but subsequently, the taxpayer took actions that indicated it was really a temporary move to get through the COVID-19crisis. As a result, they will be judged as a state resident retroactively and get hit with a tax bill.

Did the taxpayer work from home out of convenience or necessity?
Where a taxpayer lives and works in different states, he or she may be subject to taxation in more than one state. However, various rules affect when someone is considered to have worked “in-state,” such as whether it was a convenience or a necessity. Also note that while the taxpayer may be entitled to a tax credit on earned income, there is no tax credit on intangible income such as interest and dividends. State rules vary, so it is important for financial planners to collaborate with tax professionals when needed. These and other actions can be problematic for many taxpayers who may have inadvertently put themselves at risk of an audit and significant tax liability.

Advising Clients
Financial planners often know a great deal about their clients’ lives and therefore are in a good position to realize that their clients could have a residency tax issue. Informing clients about a potential tax problem is a valuable service to them. Many people only talk to their accountant once a year, but they speak to their financial planner several times a year.

If you have clients with multiple homes, connect with the trusted tax attorney and/or accountant in your center of influence as soon as possible to specifically evaluate the risks of a residency audit. While it may be too late in some instances to fix a problem, in most cases, there are steps that can minimize the damage or at least prepare clients for it financially. If an audit does result, a tax professional is essential to help ensure the client puts the strongest case forward to avoid or minimize liability.

While it would be nice for states to be understanding and consider that COVID-19 was the reason that taxpayers altered their normal activities, in many cases, it is not likely to happen. All states are facing financial pressures due to higher expenses dealing with the pandemic and lost revenue from closed businesses and unemployment. They will be looking for tax revenue; residency audits can be a significant source of money that usually targets higher-wealth individuals. As a result, your clients need to be prepared.