Reprinted with permission by the Nassau County Bar Association. 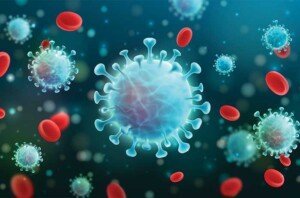 The shelter in place rules imposed by many states, including New York during the coronavirus pandemic, led many to leave their homes. In New York City, residents exchanged their cramped apartments for suburban summer homes in less densely populated areas with more living space and a backyard.

Others opted to leave New York altogether, moving to second homes owned or rented in other states. Months later, these individuals have grown fond of their new locations (and perhaps their reduced income tax exposure as well). They now do not wish to return to their pre-COVID lifestyles. Can these individuals establish the necessary intent so as to establish their new domicile?

First, it is important to understand how New York taxes its residents. Residents are taxed on all their worldwide income, regardless of where it is sourced. Nonresidents pay tax only on income earned in New York, such as wages or rental income earned in the state.

To be considered a resident of New York for tax purposes, an individual must meet either the Domicile test or the Statutory Residency Test.  Note that New York City has its own distinct income tax which applies to city residents.

A person can only have one domicile but many residences. Domicile is defined as the place the taxpayer considers their permanent home. It should be noted that the burden of proof is on the party asserting a change in domicile, in this case, the taxpayer. The domicile test is based on several factors and looks to determine where the taxpayer’s true home lies. How is this intent shown?

A person’s intent is objective and difficult to quantify. New York provides five primary factors that must be analyzed to determine a taxpayer’s domicile. The five primary factors are home, business involvement, time, family connections, and items near and dear. These factors demonstrate through subjective means the person’s objective intent. The phrase “actions speak louder than words” may come to mind.  An analysis of all the facts and circumstances is necessary.

The “Home” factor involves a comparative analysis of the use, maintenance, value, and size of each home. Another relevant factor is whether the taxpayer has severed roots in the old community while establishing connections in the new community. However, establishing new ties may be more difficult to prove as a result of the COVID pandemic.

The “Time” factor considers the amount of time the taxpayer spends in New York State as against the amount of time spent in the new domicile. New York often focuses on whether there has been a significant shift in time between New York and the new domicile, or in the taxpayer’s pattern of life when compared to years prior. If a taxpayer has left either New York City or New York State, the burden of proof falls on the taxpayer to establish that he is spending significantly more time in the new domicile. Producing this evidence can be onerous. It may require reviewing personal calendars, flight records, credit card statements, and cell phone records.

The “Family Connections” factor examines the taxpayer’s family structure in order to help determine where he is domiciled. Historically, where the taxpayer’s school-aged children were attending school was dispositive. During the shutdown and shelter at home orders, however, most schools were closed, and remote learning was implemented. As a result, children may still be associated with the old domicile’s school district even if the children were physically located elsewhere. Note that auditors will be looking at what taxpayers do once the COVID crisis has ended.

“Items Near and Dear”, also referred to as the teddy bear test, examines where the taxpayer keeps sentimental and valuable possessions. Moving items to the new domicile may be indicative of the taxpayer’s intention to change domicile. Similarly, leaving possessions in the old residence can be construed as having the intention to remain in, or return to, the old domicile. It may have been difficult during the shutdown to hire a moving company to transfer items to the new domicile. However, smaller items, such as photo albums, easy to transfer collectibles, even one’s pets, can provide evidence of one’s intent to establish a new domicile.

There are several less significant “other” factors that are also considered. They include obtaining a driver’s license, registering to vote, registering one’s vehicles, and making a domicile declaration at the new domicile, to name but a few. However, during the shelter in place timeframe, and depending on the executive orders in place at the new domicile, establishing any of the “other” factors may have been difficult due to government agencies being closed indefinitely.

An individual who is not domiciled in New York can still be a resident under the Statutory Residency Test. It applies when a taxpayer maintains a Permanent Place of Abode in New York for substantially all of the year and spends more than 183 days in the state. Snowbirds, who successfully change their domicile to another state but keep a place in New York, can fall into this category.  If they spend too many days in New York, they end up being treated as statutory residents and taxed accordingly. It should be noted that statutory residency is only important for income tax purposes, while domicile is relevant to both income and estate taxes.

The COVID-19 crisis may have led some taxpayers to change their activities in such a way as to affect their residency for tax purposes. Starting in 2021, state auditors are likely to examine the following issues to ascertain residency:

Also note that while the taxpayer may be entitled to a tax credit on earned income, there is no tax credit on intangible income such as interest and dividends. State rules vary so it is important for clients to speak with a tax professional.

These and other actions can be problematic for many taxpayers who may have inadvertently put themselves at risk of an audit and significant tax liability.

Attorneys often are in a position to know a great deal about their clients’ lives.  Therefore, they are able to anticipate when their clients could face a potential tax residency issue. Informing clients about a potential tax problem is an invaluable service that could prevent or limit exposure.

A client with multiple homes should consult a tax professional (tax attorney and/or accountant) as soon as possible to specifically evaluate the risks of a residency audit. While it may be too late in some instances to fix an existing problem, in most cases, there are steps that can be taken to minimize the damage or at least prepare for it financially. If an audit does result, a tax professional is essential to help ensure the client puts the strongest case forward to avoid or minimize liability.

New York State is also facing mounting financial pressures due to the pandemic and lost revenue from closed businesses and unemployment. It appears likely that New York will be more assertive than usual in finding sources of tax revenue. Increasing the number of residency audits can satisfy the need for lost revenue in that audits usually target higher-income individuals. As a result, clients need to be properly prepared.

In weighing all of the factors involved, asserting a change of domicile involves more than physically moving out of New York City or New York State or obtaining a driver’s license at the new domicile. Given the constraints imposed by the shelter in place rules as well as the congruent shutdown of many businesses and government agencies, it may be harder to prove a change of domicile than usual.

While a change of domicile may not be shown to have been established at the time the taxpayer left either New York City or New York State in response to the shelter in place orders, it may still be shown, perhaps at a later date. The burden that must be met is substantiating the primary factors by clear and convincing evidence. Consulting a tax professional for assistance is the first step in this process.

Marisa Friedrich, Esq. is a senior managing attorney at Tenenbaum Law, P.C. and is licensed to practice law in New York. She concentrates on resolving Federal and New York State tax controversies, including issues involving income tax, residency audits, responsible person assessments, and tax collections. Marisa can be reached at mfriedrich@litaxattorney.com and at 631-465-5000.

Karen Tenenbaum, Esq., LL.M. (Tax), CPA is Founder and Managing Partner of Tenenbaum Law, P.C. (www.litaxattorney.com), a tax law firm in Melville, N.Y., which focuses its practice on the resolution of IRS and New York State tax controversies. Karen can be reached at ktenenbaum@litaxattorney.com and at 631-465-5000.