Previous Next
Federal and NYS Filing Status: Same or Different? 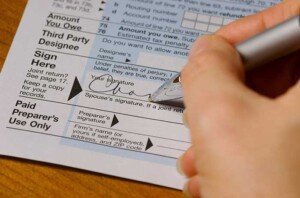 With April 15 just days away, many individual taxpayers are finalizing their 2013 tax returns. An interesting question that comes up from time to time:
Must I use the same filing status for my NYS return that I used on my federal return?

Yes, with a few limited exceptions. The exceptions apply to married individuals who file a joint federal return:

Filing a single, joint NYS return as if both spouses are NYS residents could have significant tax consequences. NYS residents are subject to paying NYS income tax on their worldwide income, regardless of where it is earned. Nonresidents pay NYS tax only on income that is sourced within New York.

A spouse who is actually a part-year resident or nonresident and files as a full-year resident could end up paying the State more tax than required.

These circumstances are discussed in the 2013 Form IT-203 instructions.

A different exception, which is no longer applicable, used to apply to same-sex spouses in New York. Before the U.S. Supreme Court declared in June 2013 section three of the Defense of Marriage Act as unconstitutional in the United States v. Windsor, same-sex couples legally married in New York on or after July 24, 2011, had to use a married filing status in New York, despite the Internal Revenue Service not recognizing same-sex marriage for federal filing status purposes.

For 2013 tax years and beyond, however, there is harmony between the federal government and New York State in recognizing same-sex marriages for married filing status purposes.