Relief from IRS penalties: What taxpayers should know about First Time Penalty Abatement

Previous Next
Relief from IRS penalties: What taxpayers should know about First Time Penalty Abatement

The IRS assesses millions of penalties against taxpayers each year in an effort to encourage voluntary compliance with the tax law. 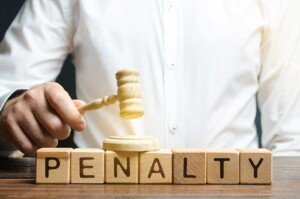 Penalties may be based on the failure to pay tax when due, failure to timely file a tax return, substantial inaccuracies in tax filings, or some other noncompliance with the tax law. Occasionally, the IRS will reduce or abate penalties upon request where the taxpayer establishes appropriate grounds for relief. The most widely available administrative relief for taxpayers is First Time Penalty Abatement (FTA).

FTAs are available to individuals and businesses. To qualify for an FTA, taxpayers must meet certain requirements:

Despite being widely available, FTA is often overlooked as a means of obtaining tax relief. Many taxpayers are not aware they could qualify and instead unnecessarily pay penalties. In addition, even when the taxpayer knows about FTAs, they may not be aware that there are strategies to help them ensure they don’t inadvertently accrue additional penalties and interest after obtaining the FTA. For example, the penalty for failure-to-pay taxes will continue to accrue until the tax is paid in full. Interest charged on a penalty will be reduced or removed when that penalty is reduced or removed. However, so long as an unpaid balance remains on the taxpayer’s account, interest will continue to accrue until the account is paid in full. Accordingly, it may make sense for taxpayers to fully resolve the tax matter before requesting penalty relief under the FTA. This way they aren’t requesting an FTA while additional penalties and interest are accruing.

If you have been assessed a penalty, contact us for a consultation about whether you qualify for First Time Penalty Abatement or other resolution of your IRS tax matter.