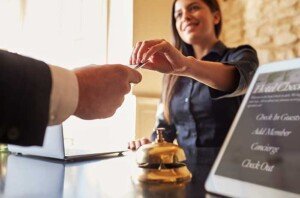 In Matter of Henrie (consolidated with Matter of McBride) (DTA No. 825871), the Tribunal examined the plight of two individuals (Petitioners) involved in the management and operation of a hotel.  In summary, in March 2008, the hotel defaulted on its mortgage and, consequently under the loan agreement, its principal lender (Gramercy) assumed control over the hotel’s operations and revenues.  Although Petitioners reminded Gramercy of its obligation to pay sales taxes to New York, Gramercy simply refused to do so for certain periods.  Later, the Tax Department issued several assessments for said taxes, including assessments against the Petitioners as “responsible persons.”  At trial, Petitioners argued that they could not be held personally liable, because they were not in control of the hotel, rather Gramercy had assumed total control during the relevant periods.

The Tribunal, however, rejected their arguments. In particular, the Tribunal determined that Petitioners voluntarily entered into the financing agreement with Gramercy, which expressly contemplated Gramercy assuming control of the hotel in the event of a default.  In turn, the Tribunal reasoned that Petitioners had therefore voluntarily created the scenario which led to their inability to pay.  In reaching this conclusion, the Tribunal relied upon the “well-established principles” that (a) financial troubles do not excuse a failure to collect and remit sales tax and (b) a person required to collect tax may not relieve himself of responsibility for operating a business and expect to be relieved of sales tax liability.  Further, penalties were upheld.  Harsh result.  Business owners and practitioners should take note. The case can be found here: