Is NYS taking back taxes out of your wages? 3 things you should know about a NYS income execution

Previous Next
Is NYS taking back taxes out of your wages? 3 things you should know about a NYS income execution

When a taxpayer owes back taxes, the New York State Department of Taxation and Finance (NYSDTF) has several ways to collect monies owed. One such way is a New York State Income Execution (IE), which is a type of levy that is issued against a taxpayer’s gross wages. 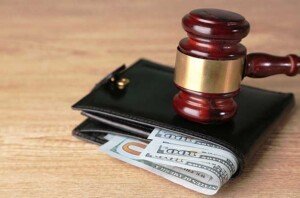 It is limited to 10% of gross earnings and it remains in effect until the underlying tax liability is satisfied. An IE differs from other types of levies, which is why taxpayers should be particularly concerned about getting notice of an IE. Here are 3 key facts taxpayers should know:

Since a taxpayer’s compliance with the voluntary first service from the NYSDTF can prevent a notice being mailed to the employer, it’s crucial for taxpayers to respond promptly to avoid that result. There may be options available to a delinquent taxpayer including an Offer in Compromise or Installment Payment Agreement, which can help the taxpayer avoid an IE.

If you owe back taxes or have received a notice of income execution, contact us for a consultation.