Many taxpayers don’t realize New York State can suspend their driver’s license in certain circumstances if they owe back taxes. The State can suspend a taxpayer’s New York State Driver’s License if: (1) A taxpayer owes $10,000 or more in taxes, penalties, or interest, and (2) No collection resolution is in place (such as an Installment Payment Agreement, Income Execution or Offer in Compromise). 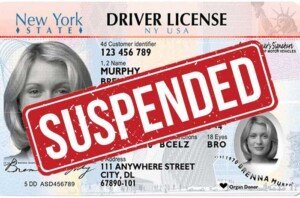 This law was intended to encourage taxpayers to pay their debts and, in fact, between 2013 and 2017, the State collected over $738 million in back taxes from this program. In a car-centric region like Long Island, the law has had a particularly harsh effect especially since there was no hardship exception written into the law. Fortunately, the State recently amended the law to help protect these taxpayers.

Prior to the law change, New York Tax Law section 171-v (5) specified that a taxpayer may only challenge suspension of the license or referral for suspension on the grounds that:

As mentioned above, the original law contained no hardship exception, as exists with child support enforcement laws.

This provision has now been amended to add 2 more grounds for challenging suspension. These include:

Other Exceptions to the Law

There are a few other exceptions to the suspension law. For example, a license may not be suspended for taxpayers who are seeking innocent spouse relief or those for whom enforcement of past liabilities has been stayed by a petition in Bankruptcy.

In addition, New York State will allow limited suspensions in some cases. Taxpayers may apply for a restricted driver’s license, which permits the individual to travel only to and from work, school, medical appointments, the DMV, and childcare related to employment or education. The taxpayer must return directly home from those locations. Those who are retired or unemployed do not appear to be eligible for a restricted license.

Although the amended law is welcome protection for taxpayers facing undue hardship if they lose their license, the state still has other ways to collect on tax debts. The state may use liens, levies, wage garnishment, and other enforcement tools. Ultimately, taxpayers who owe back taxes must settle their tax debts. New York offers several programs to help, such as an Offer-in-Compromise, Installment Payment Agreement, and other options.

If you are behind on your taxes, contact us for a consultation.