The New York State Department of Taxation and Finance (“DTF”) is entering the 21st century with improved online offerings for both taxpayers and tax professionals. 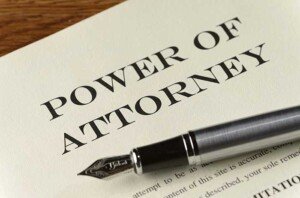 On June 27, 2017, the DTF released a new and greatly simplified Power of Attorney form, which may be filed online as well as on paper.   The new form, reduced to one page from four, eliminates the requirement of notarization and requires only the taxpayer’s signature, not those of the representatives.  Furthermore, the new form, when filed, only revokes existing powers when explicitly indicated, a change that should ease the process of adding additional representatives on to an existing power.  However, the transition to the new form does involve some complications of which practitioners should be aware.

The foremost issue is that of cross-compatibility with the NYC Department of Finance.  The State and City have traditionally used the same form for Powers of Attorney and both continue to accept the older, four-page version (although DTF will not accept the old form for e-filing).  The new version, however, cannot yet be used for NYC matters, pending the adoption of a proposed rule change currently being considered by the City Department of Finance.

The Proposed Rule faces no apparent barriers to adoption (the required comment period ended on July 17, 2017, without a single filing), but until it is finalized, the existing form, together with the notarization requirement and the presumption of revocation, remains the only option.  However, there is a silver lining; the rule change also gives the City Department of Finance authorization to designate alternate methods of filing Powers of Attorney, suggesting that e-filing may eventually come to the city as well.

New York State has introduced other online offerings as well.  Launched in March, the Quick Pay service allows individuals to pay their tax bills on DTF’s website without the need for the creation of an Online Services (OLS) account.  All that is required is some verifying information from a return filed in the last four years (i.e. name, SSN, zip code, and filing status) and the taxpayer’s bank account details.  OLS accounts are still required for businesses and those who would prefer to pay via credit or debit card.

Within the Online Services system, the DTF has also added a self-service option for setting up Installment Payment Agreements (IPA) for taxpayers meeting certain criteria.  To qualify, one must be current with tax filings and must not have previous IPA defaults, open collection or protest cases, or current bankruptcy proceedings.  Self-Service IPAs are also limited to tax liabilities of less than $20,000 and repayment terms of less than 36 months.  The DTF estimates that, even with these limitations, almost one-third of IPAs set up through state agents would be eligible for self-service.