Around the country, sales tax laws have undergone major changes in the last year. Now New York has joined in with its own changes. Out-of-state retailers of tangible products who sell to customers in New York and New York-based retailers who sell to other states must understand the new rules, which particularly affect online sellers. In New York, the rules were updated on January 15, 2019. 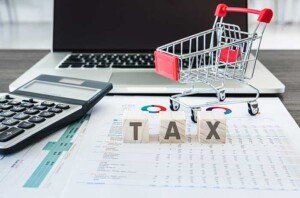 For many years now, state governments have tried to require out-of-state retailers to collect and remit sales tax. They often failed because of U.S. Supreme Court decisions that said a retailer had to have an in-state physical presence before it had to charge and collect sales tax from customers. Last year, the U.S. Supreme Court decision in South Dakota v. Wayfair, Inc., eliminated the physical presence requirement, opening up the possibility for states to require out-of-state retailers to tax customers. However, it was up to the states to write and put into effect the laws to make that happen and many states are still debating their own laws. In addition, Congress is discussing possible solutions because of the potential impact on small businesses.

What does this mean for business owners? Since many states are enacting, or seeking to enact new legislation, businesses need to stay informed about the law in all the jurisdictions in which they sell products.

On January 15, 2019, the New York state tax department published guidance on the immediate requirements for out-of-state sellers to register and charge sales tax. It states:

“The term vendor includes a person who regularly or systematically solicits business in New York State by any means and by reason thereof makes taxable sales of tangible personal property to persons in the state. A person is presumed to be regularly or systematically soliciting business in the state if, for the immediately preceding four sales tax quarters:

As discussed above, regardless of New York law, New York-based retailers who sell to other state customers also must be aware of the sales tax rules of those other jurisdictions.

Businesses that fail to comply with sales tax rules are subject to significant consequences in New York. Penalties and interest, as high as 14.5 percent, may be imposed for failing to pay sales tax. A business may also have its Certificate of Authority revoked or face criminal prosecution for failure to pay. Worse, business owners or other “responsible persons” can be held personally liable for the sales tax owed. New York State can pursue any combination of enforcement methods, such as warrants, levies, income execution, and seizure of the business, to collect what is owed. If a taxpayer owes $10,000 or more in taxes, penalties, or interest, New York can also suspend a taxpayer’s New York State Driver’s License.

There are still many open questions regarding taxes for online sales. For advice on when you should charge sales tax, speak to an experienced tax attorney or accountant. If you have not paid sales tax that you owe or have received an audit or collection notice from New York State, contact us for a consultation.