Snowbirds: How to Avoid Being a NYS Residency Audit Target

Previous Next
Snowbirds: How to Avoid Being a NYS Residency Audit Target 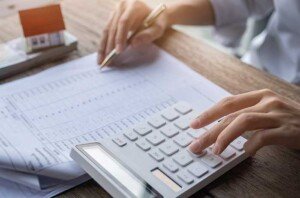 The State has been aggressive in challenging the status of individuals who claim they are nonresidents of New York but continue to have ties to the State.  One tie that frequently catches the State’s attention is a home still maintained in New York.  The significance of NYS resident status is that the taxpayer must pay income tax to the State on all income, regardless of where it is earned. Nonresidents pay income tax to the State only on income sourced in New York.  In addition, taxpayers who are New York City residents must also pay New York City income tax on all income.
For some taxpayers, the stakes are high.

A typical example is a couple in their 60s who decide to move out of New York City and retire in Florida.  The couple continues to own their New York City home, as they plan to visit their children and grandchildren still living in New York during the summer.  The couple started a family business many years ago and passed most of the responsibilities to their children upon retirement. Their investments over the years have provided funds for a comfortable retirement in Florida, including frequent visits to New York and traveling abroad. Since their retirement, the taxpayers have not filed New York State income tax returns.

Years later, New York State may challenge their nonresident status and seek to tax them as New York State and City residents for income tax purposes.  Note that there is no time limit for the State to examine a year for which no return was filed.  If the taxpayers filed a nonresident return for a year, however, the State generally has up to three years from the due date of the return or when the return was actually filed, whichever is later.

In general, a taxpayer may be considered a New York State or City resident under one of two tests:

1. Domicile
A taxpayer who is domiciled in New York is considered a New York resident.  The burden of proof is on the taxpayer to establish a change of domicile.  The domicile test is based on several factors, and looks to determine where a taxpayer’s true home lies: Where is the one place a taxpayer intends to return?

If in the above example, the taxpayers have unfettered access to their New York City home and spend more than half the year in the City, then they are likely to be considered New York City residents.

Proper planning, long before the State challenges a taxpayer’s residency status, can alleviate some of these issues.  A taxpayer should be prepared with evidence of their change in domicile and substantiation that they did not spend more than 183 days in New York or that they relinquished their permanent place of abode.  Poor documentation may result in ongoing exposure to New York State or New York City’s income tax.

Being a snowbird can be a positive experience in many ways, but may result in unwelcome attention from the State.

Our attorneys at Tenenbaum Law, P.C. have been assisting people like you with their tax issues for over 25 years. Please give us a call  or send us an email so we can learn more about your situation and begin to help you resolve your tax issues.

The best place to reach us is (631) 465-5000 or taxhelpline@litaxattorney.com. All tax related 15-minute consultations are complementary and confidential.