Sync Your Planning to Avoid Disaster

Previous Next
Sync Your Planning to Avoid Disaster

Part of my law practice involves tax and asset protection planning for Trusts & Estates matters. One of the most common mistakes I see from clients, even those who have consulted seasoned practitioners, is a failure to tailor their planning to their specific assets. 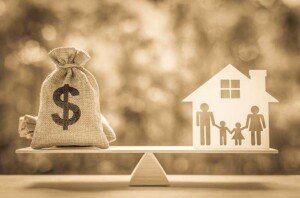 Two of the asset classes where a lack of attention can have harsh consequences are retirement accounts and life insurance. If you think you don’t fall into the category of client who needs to pay this level of attention to your estate plan, think again – almost every client would benefit from the information I have laid out below.

Consider a recent example: a couple in their mid-forties consulted with me to review their estate plan at the request of their accountant. Their documents were drafted more than a decade ago when two of their children were very young and another two had not yet been born. At the time of the consultation, all four children were minors. Their Wills, Health Care Proxies, and Powers of Attorney were well-drafted. However, when I asked about their assets, they informed me their legacy would consist primarily of three types: (1) their home, which still had a sizable mortgage remaining; (2) retirement accounts, which had grown to a mid-six-figure total balance, and (3) life insurance death benefit of $1.5 million.

The conversation became interesting once I asked the couple about the beneficiary designations on their retirement accounts and life insurance. “Well,” responded Mom, “we each designated each other as primary beneficiary, and our four kids are the contingent beneficiaries at 25% each.” I had noticed their Wills contained trusts for the benefit of their four kids, so I asked whether they realized that if they had died in a common accident last week, the vast majority of their liquid net worth (retirement accounts and life insurance) would bypass the instructions in their Wills and pass directly to each of their children outside of trust. They were shocked to learn this because their prior advisors neglected to discuss these beneficiary designations in any detail, and their employers didn’t have any in-house professionals to advise them.

Worse yet, because their children were minors, the new legal guardians for the children would need to set up custodial bank accounts for the large sums of money. The guardians would have no choice but to distribute the funds to the children directly when each of them reached 18 years of age. This forced distribution could not be delayed or otherwise controlled regardless of whether any of the children were (Heaven forbid) spendthrifts, addicts, criminals, or generally not responsible enough to receive such wealth at a young age.

In general, parents want the assets they leave behind to be carefully managed and protected from their children’s creditors. Most of the time, parents also want children protected from their own irresponsible decisions, even when these children are grown. Yet a surprising number of advisors do not ensure the two assets comprising most of a regular family’s liquid legacy – retirement accounts and life insurance – are adequately protected. This protection is especially important in light of a 2014 decision by the United States Supreme Court ruling that retirement accounts inherited by non-spouse beneficiaries are not protected from the beneficiary’s creditors.

The way to properly protect these two highly important asset classes is to draft specially designed trusts inside of your Will to accommodate the assets once you have passed away. You would then designate the trusts as beneficiary of the assets in the event of your death. The trusts would either be primary or contingent beneficiary depending on your individual facts and circumstances. This planning can make the difference between whether the money left behind from retirement accounts and life insurance is in the capable hands of your chosen trustee or in the nefarious hands of creditors, predators, ex-spouses, or – in some of the most unfortunate and tragic cases I have encountered in my practice – a child who has lost his or her way and will use the money to his or her own detriment.

In recent years, this planning has become standard in the legal, accounting, and financial advisory communities, but some advisors still do not address this crucial aspect of trust and estate law. If life insurance policies and retirement accounts are part of your holdings, reviewing how well-synchronized these assets are with the rest of your estate plan could make an enormous difference for your children’s future.