What Are Your Chances of Being Audited? The Latest Statistics from the IRS

Previous Next
What Are Your Chances of Being Audited? The Latest Statistics from the IRS

Every year the IRS releases its Data Book with useful statistics about the IRS’ activities, money spent and collected, taxpayer attitudes, and other data. For taxpayers, there was good and bad news depending on your perspective. In Fiscal Year 2018 (FY 2018), IRS staffing and audits were down, but hiring is looking to start up again and the use of automated software programs is flagging under-reported income and bringing in billions of dollars in extra tax revenue. 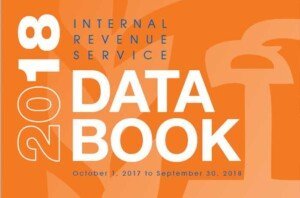 Highlights from the report include:

Notwithstanding this data, a recent town hall at the New York City Bar Association indicated that the IRS is hiring again with incremental increases in funding over the next 10 years. That seems likely to result in more audits in the future. The National Taxpayer Advocate (NTA) also reported that among her concerns is the IRS is not doing enough to identify and assist taxpayers who may be experiencing economic hardship while owing a tax liability. For more on this topic, read the NTA Annual Report to Congress.

Essentially, little has changed. Taxpayers should respond promptly if they receive a notice from the IRS and consult an experienced tax attorney. There are options for resolving your tax dispute, but it is important to act quickly to minimize adverse collection actions.

Contact us for a consultation if you owe back taxes.