You Received an IRS Notice of Intent to Levy, Now What?

Previous Next
You Received an IRS Notice of Intent to Levy, Now What?

An IRS levy is a legal seizure of property to satisfy a tax debt. It is one method of collection the IRS uses to collect back taxes. Just about any type of property can be subject to levy including wages, money in bank or other financial accounts, vehicles, real estate, and other personal property. 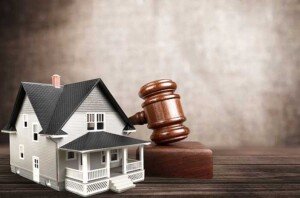 Notice of Intent to Levy

If the IRS thinks a taxpayer owes taxes, it will send notice of the balance owed. If the tax is not paid, it issues more aggressive notices, such as the CP504 Notice of Intent to Levy. However, the IRS can only take some soft collection actions at this point, such as keeping the taxpayer’s New York State tax refunds.

It isn’t until the IRS issues a Final Notice of Intent to Levy that it takes the final step towards enforcement and collection. This Final Notice will inform the taxpayer that he/she has 30 days to file a request for a Collection Due Process hearing (Form 12153); otherwise, the IRS will go ahead and issue a levy. The IRS is prohibited from levying on the property of a taxpayer who timely filed Form 12153 until a hearing is held and decided.

If the taxpayer doesn’t respond, the IRS will start the levy process.

To issue a bank levy, the IRS sends the institution Form 668-A Bank Levy, which apprises the bank of its obligation to hold the funds for 21 days before sending them to the IRS. The IRS can levy on a taxpayer’s wages by sending Form 668-W, Notice of Levy on Wages, to the taxpayer’s employer, instructing it to garnish the taxpayer’s wages.

Certain types of property are either fully exempt from levy or exempt below a certain threshold. For example, there are limitations on a levy on social security payments or books and tools of a trade. A taxpayer’s primary residence is not exempt from seizure, but certain procedures must be followed.

There are several grounds for challenging a levy including the following:

Release of a Levy

The IRS is required to release a levy in any of the following circumstances:

Levies can be debilitating for many taxpayers. Even if a levy is released for hardship, the taxpayer still owes the tax debt. As a result, it’s crucial that taxpayers act quickly to resolve their tax issue. There are several alternatives including an installment agreement, offer in compromise, or other options that may be available.

If you have received a notice of intent to levy or owe back taxes, contact us for a consultation.