Previous Next
IRS goes after passports of delinquent taxpayers

Thanks to a law passed at the end of 2015, the IRS can revoke passports of seriously delinquent taxpayers. 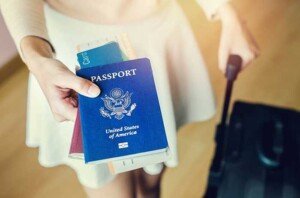 The law is another attempt to collect on the large amount of taxes owed to the government. According to the Washington Times, in 2014, the IRS reported 12.4 million delinquent accounts owed nearly $131 billion in assessed taxes, interest, and penalties. Although the government’s frustration is understandable, its methods are becoming increasingly extreme. As a result, taxpayers need to understand the dangers of passport revocation.

The law applies to “seriously delinquent taxpayers,” defined as those who owe more than $51,000 to the government. Passport revocation can occur only after the IRS files a “Notice of Federal Tax Lien” and the taxpayers’ rights have been exhausted or the IRS has filed a Notice of Levy. Taxpayers who want to cure their delinquency status have to do so within 10 days after notice is given. If the taxpayer does not fully comply with this, the IRS can ultimately revoke the delinquent taxpayer’s passport.

Exceptions to the law include:

Impact on right to travel

This issue of revoking passports might not seem very important to some individuals because passports are mainly used for international travel. The Real ID Act of 2005, however, makes requirements for state-issued identification cards (such as driver’s licenses) stricter.  Under this Act, the significance of a foreign passport comes into play as it is the only acceptable foreign document that does not require verification when applying for a driver’s license.  According to CNN Money, only about 22 states have complied with this law. New York happens to be one of the noncomplying states but has been granted a waiver to cure its noncompliance by October 10, 2016.  If the non-compliance remains an issue beyond the October 10, 2016 deadline, affected travelers may need a passport to fly.

Passport revocation also raises constitutional issues. Freedom of Movement under U.S. law is governed primarily by the Privileges and Immunity Clause of the U.S. Constitution. This includes both domestic and international travel and raises the issue of how the IRS can be given the authority to revoke a fundamental right to travel without judicial review.

Once challenged, this law could be overturned. In the meantime, the best option is to address tax delinquencies before passport revocation occurs.

If you owe taxes to the government and have received a Notice of Federal Tax Lien, contact us for help.