Hundreds of Thousands of Delinquent Taxpayers Face Loss of Their Passports

According to a recent Wall Street Journal (WSJ) article, over 362,000 people currently hold a tax debt that would make them ineligible for renewal or issuance of passports. Under a law passed in 2015, the IRS can refuse to issue or renew passports or can revoke passports of seriously delinquent taxpayers. 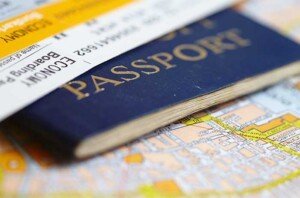 An IRS spokesperson told the WSJ that the agency is in the process of sending the names of such taxpayers to the State Department, which officials hope to have finished by the end of the year.

The law applies to “seriously delinquent taxpayers,” defined as those who owe more than $52,000 to the government. Significantly, this $51,000 includes both penalties and interest, not just taxes. Passport revocation can occur only after the IRS files a “Notice of Federal Tax Lien” or a “Notice of Levy.” Taxpayers who want to cure their delinquency status must do so within 10 days after notice is given. If the taxpayer does not fully comply with this, the IRS can ultimately revoke the delinquent taxpayer’s passport.

Exceptions to the law include:

According to the WSJ, a State Department official confirmed that the agency has already denied passports to people who hold tax debts. In addition, the IRS Commissioner indicated that for now, U.S. authorities are only denying passports, rather than revoking them from people who hold debts. Therefore, delinquent taxpayers who currently hold a passport can still travel abroad but will not be able to renew their passports, and those without passports will be denied if they apply for new ones.

The law appears to be a success in collecting money. The IRS reports that as of late last month, taxpayers have paid $11.5 million to settle their debts in order to receive passports and 1,400 people have signed installment agreements.

Taxpayers should not neglect any tax liabilities or allow tax debts to accumulate. If you owe back taxes, speak to a qualified attorney about what remedies are available to help resolve your tax dispute.

Have a tax problem? Contact us for a consultation.