New York residency audits are challenging and difficult ordeals, just ask anyone who has experienced one. When domicile is the issue, a taxpayer must clearly demonstrate both that he has abandoned his old domicile and established a new one. 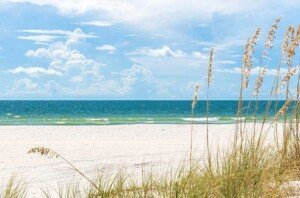 This can be more frustrating than you might assume, especially where a taxpayer’s lifestyle straddles the line with a significant presence in two different states. This was the case for Thomas Campaniello, who just lost his residency audit appeal on May 10, 2018, before the New York Supreme Court, Appellate Division, 3rd Department.

Campaniello historically lived in the Bronx and operated a furniture business in Manhattan. In 1981, he expanded his business into Florida, where over time he slowly began to increase his presence, investments, real estate holdings, time, and footprint. By 2006, he claimed to have changed his tax domicile from New York to Florida for himself, while his spouse continued to live in New York. The audit centered around 2007; the year in which the taxpayer sold an office building located in Florida for a large gain.

Residency audits come down to weighing the evidence. The facts of this case were a mixed bag. In the Florida column, the taxpayer had significant business ties in Florida, including considerable real estate holdings. Furthermore, he had acquired a Florida driver’s license; had relocated many of his personal belongings, including his Ferrari, sailboat, guitar, and espresso machine, to his home in Key Biscayne; and he spent more time during 2007 in Florida than in New York. In the New York column, however, the taxpayer also continued to maintain significant business ties, including sizeable real estate holdings, in New York. Additionally, the bookkeeping and administration for both the New York and Florida businesses were operated from New York. His family members, including his wife, daughter, and grandson, all lived in New York. He continued to own, have access to, and use his Bronx home when visiting. Finally, there was no overall change in his general pattern of weekly commuting between New York and Florida demonstrating a change of domicile in or around 2007.

There was no dispute that Campaniello had significant ties to Florida. The question, rather, was whether he could prove that he had properly and sufficiently severed ties with New York. It bears repeating that the party asserting a change of domicile has the burden of proof. Where a taxpayer’s lifestyle straddles two states, the taxpayer will need to demonstrate some type of a change in pattern favoring the new domicile.

Unfortunately for Campaniello, the trial judge just wasn’t convinced. On appeal, the Appellate Division concluded that the trial judge’s determination was rationally based and supported by substantial evidence. Moreover, the imposition of penalties was upheld.

These cases can be deceptively difficult. Often, it seems, taxpayers underestimate these rules and mistakenly believe that all that is required to mount a successful audit defense is to change their driver’s license and watch their New York day-count. Mr. Campaniello did both, as well as much more, and yet he still lost his case, after significant litigation.

Also noteworthy, the trial judge determined that Mr. Campaniello’s claim to have permanently moved to Florida in 2006, the year before the sale of the Florida office building, lacked credibility in part because his non-resident tax returns for 2006 and 2007 failed to disclose that he maintained living quarters in New York during those years. The taxpayer claimed that the omission was merely a mistake by his accountant, but it seems the damage was done.

To win a residency audit, facts must be harvested, assembled, and presented in a compelling and well-supported manner. But the first chapter of the story is often the tax return itself. Questions asked on the tax return must be answered fully and accurately and forgetting to mention the existence of the New York apartment, on this record, proved to be a difficult obstacle to overcome.

If you are facing a New York residency audit, or are planning to move out-of-state, contact us for a consultation.