Audits are stressful experiences especially when it’s likely the taxpayer could owe a significant amount in back taxes and penalties. CPAs must be prepared to advise clients about how to deal with these situations. At the recent Long Island Tax Professionals Symposium, the attorneys from Tenenbaum Law spoke about several recent developments and methods for resolving tax disputes that CPAs and taxpayers should know:

Taxpayers can now use New York State Department of Taxation and Finance (NYSDTF)’s “Quick Pay App.” This is a free service that allows taxpayers to pay their tax bills directly from their bank accounts. Taxpayers can make payments related to an assessment, an audit case, a collection case, an Income Execution, an Installment Payment Agreement, a return or extension payment or estimated payments. This service is only available for individuals. As of June 2, 2017, taxpayers have paid over $8.24 million using the Quick Pay App.

The NYSDTF released a new and greatly simplified Power of Attorney (POA) form, which may be filed online as well as on paper. The new shortened form eliminates the requirement of notarization and requires only the taxpayer’s signature, not those of the representatives. Furthermore, the new form, when filed, only revokes existing powers when explicitly indicated, a change that should ease the process of adding additional representatives on to an existing power.

A web application allows the POA to be submitted electronically and processed quicker. It is important to note that the POA must be generated through the web application to be submitted electronically. If there are errors, you are immediately notified of the missing or incorrect information and a message will be sent to the taxpayer that the POA has been submitted.

There are some complications with the transition. For more information on these, see our related post on NYS Tax Department’s Recent Improvements to Powers of Attorney and Online Services. 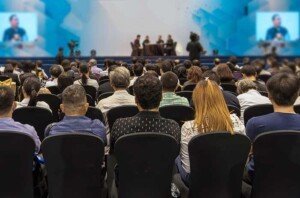 In New York, an Income Execution (IE) is a type of levy that is issued against a taxpayer’s gross wages. It is limited to 10% of gross earnings and it remains in effect until the underlying tax liability is satisfied. The State is not required to issue a tax warrant prior to entering into an Income Execution.

Under the IE procedures, the first service is to the taxpayer. The taxpayer will receive a notice asking him to voluntarily submit up to 10% of his/her gross earnings (salary or commission) to the State, and the taxpayer has 20 days to respond with payment.

With an Offer in Compromise (OIC), financially distressed taxpayers may put overwhelming tax liabilities behind them by paying a reasonable amount in compromise. Until recently, New York could not settle a tax liability for less than it could collect through its collection powers, without regard to the often devastating financial consequences on delinquent taxpayers. Under a newer law, the State can take economic hardship into consideration, and taxpayers are allowed to show that collection of the full tax liability would cause undue economic hardship.

The State determines whether to accept a submitted Offer in Compromise on a case-by-case basis. If the tax portion of the liability is more than $100,000 (not including penalties and interest), the Offer must be approved by a Justice of the Supreme Court.

One of the tests for determining whether a taxpayer is a New York State resident is the domicile test. This test looks at several factors to determine where the taxpayer’s true home lies: What is the one place to which the taxpayer intends to return? In a recent New York residency audit case, the CEO of Match.com, Greg Blatt, was determined to be a Texas resident. Blatt owned an apartment in New York City and only rented in Texas. He owned boats in New York State which he used to vacation in the Hamptons. Among the factors, the Administrative Law Judge used to decide that his domicile was Texas was that his dog lived in Texas.

If you or your client are facing an audit or have received a collection notice, contact us for a consultation.