Haven’t paid your taxes? You could lose your driver’s license

Previous Next
Haven’t paid your taxes? You could lose your driver’s license 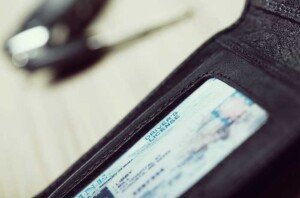 The program allows the state to suspend a New York State driver’s license if the driver owes $10,000 or more in tax, penalty, and interest and there is no collection resolution in place.

A first-round of 16,000 suspension notices went out in August 2013 with many more since then, forcing people to come forward and try to resolve their issues or risk losing their license. The program has been so successful that the state has recovered more than $420 million in taxes to date.

The program is hitting taxpayers where it hurts, especially here on Long Island where we are so reliant on cars. A major criticism of the law is that there is no hardship exemption, as exists with child support enforcement laws. At a recent tax conference at Long Island University, speakers from Tenenbaum Law discussed some of the exceptions to the suspension program written into the law. For example, commercial drivers will not be subject to the license suspension. Also, those who already have a wage garnishment in place to pay child support, or have an agreement with the collection arm of child support, are exempt. Other exceptions include taxpayers who are seeking innocent spouse relief or those for whom enforcement of past liabilities has been stayed by a petition in Bankruptcy.

When New York State identifies delinquent taxpayers, it sends them a notice informing them that they have 60 days to enter into a collection resolution with the State. If there is no resolution within 60 days, the State will notify the Department of Motor Vehicles of the delinquent taxpayer. DMV, in turn, will send a further notice to the taxpayer informing him/her that, unless he/she addresses the tax liabilities within 15 days, his/her license will be suspended.

Because of the short timeframe, it is crucial for taxpayers to act promptly if they get a notice. In order to avoid losing their license, they must address their tax problems. Suspensions can be stopped when taxpayers pay or reach a payment plan, such as an installment payment agreement, income execution, or offer in compromise. Each one of these has specific conditions that must be met for the taxpayer to qualify.

If you owe back taxes to New York State, contact us for assistance in resolving your tax dispute.